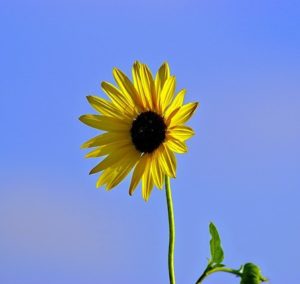 There are those days when everything is going your way. Your intentions, plans, and expectations are being fulfilled just the way you want them to be. And then there’s a glitch that seemingly comes out of nowhere. Suddenly the beautiful feelings drain away. You may ask, “How could this happen? Where did I mess up?” Perhaps you put the blame on someone or something else as you are overcome by negative emotions like anger, disappointment, or sadness. Life goes on in spite of your emotional tailspin. You can remain here and suffer. Or you can step out of the event and into the present moment—meet life on life’s terms and do what’s needed most. As the Rolling Stones’ song says: “You can’t always get what you want/But if you try sometimes you just may find/You get what you need.”

“If only I could arrange my life in such a way that there is less drama and stress in my work and relationships.” “If only my spouse and kids would do their part.” “If only the politicians could get their act together.” Sound familiar? If only…if only…. We constantly live in a state of “I want” and “I don’t want.” Yet, what we don’t want shows up anyway and what we want is short-lived or never happens, leaving us with 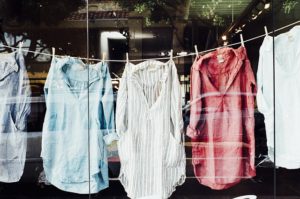 unfulfilled desire. The title of one of meditation teacher Jack Kornfield’s books is After the Ecstasy, the Laundry, which neatly sums up our inability to control our circumstances.

In spite of what happens to us, life moves on in myriad ways. The cycles of nature teach us that change is constant and the future unpredictable. It’s a fallacy to think we are in control of much of anything in our lives, except our response to situations. Resisting or fighting life’s terms only blocks us from living fully.

While we can’t change the world around us, we can change ourselves. Whether we’re aware of it or not, we all have visions of how we would like life to be—for ourselves, in our relationships, at work, and even in the world at large. Essentially we want to feel safe and cared for—physically and emotionally. Anything that threatens this can set off internal alarms in the form of fear-based thoughts and feelings. The best thing we can do is to become aware of these alarms and stop the fear-driven reaction in its tracks—and then respond appropriately.

The German philosopher Friedrich Nietzsche described his formula for human greatness as amor fati, which is Latin for a love of fate. This concept is rooted in Stoicism, a school of philosophy that began in ancient Greece and was later adopted in ancient Rome, with Emperor Marcus Aurelius being a key proponent. Nietzsche wrote: “That one wants nothing to be different, not forward, not backwards, not in all eternity. Not merely bear what is necessary, still less conceal it. . .but love it.” Now that is a tall order: to love whatever happens to us.

As fate would have it, I was given the perfect opportunity to test this wisdom shortly after I started writing this article. It was Saturday night and a part of a tooth broke off and I swallowed it! I became incredibly anxious. I recalled that during my last visit the dentist said that old fillings were breaking in that quadrant of my mouth and that I needed crowns. I told him then that it was not a good time.

I sat quietly, breathing for a few minutes, first observing that there was no pain. Trusting this problem could be addressed on Monday, I calmly—even lovingly—accepted my fate. And I even went out dancing. When I realized this wasn’t a huge fateful occurrence, I was able to regroup quickly, which was far different than my reaction would have been in the past. When I finally saw the dentist I told him I was ready to love my fate. This phrase became my mantra subsequently as he drilled away (though I admit I wasn’t fully loving every moment of that experience). 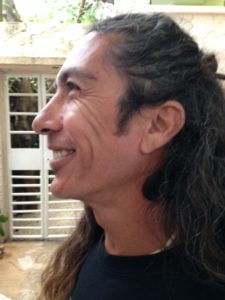 I had another chance to witness this loving acceptance of what is recently while vacationing in the Mexican city of Puerto Morelos. I joined a tour that took us into the Yucatan jungle. The Mayan guide, Paz, was well versed in the medicinal applications of various plants and tree barks as well as the habits of local wildlife. There still are jaguars in the jungle and Paz explained that they are nocturnal and very catlike. Then he shared that a jaguar had actually eaten two of his dogs. Yikes! He said he lives in a rural village in a typical Mayan home with no doors and sleeps on the upper level. One morning he came down to find one dog missing. The next week he caught the culprit in action with his other dog—but was too late. “You must have been horrified,” I said. He smiled with near amusement, saying that the jaguar was simply fulfilling its nature. At least it appears that Paz knows how to meet life on life’s terms—and, he got another dog.

Finding true personal satisfaction and contentment requires us to give up our desire for life to always be a certain way. The Buddha referred to this as “cooling the fire of desire.” To meet life on life’s terms doesn’t mean we shouldn’t take action to change things personally, or even globally. Instead, our starting point becomes life as it is in this moment and simply being with what is rather than reacting to it. In addition, we learn to meet life without clinging to pleasant experiences, which inevitably don’t last. 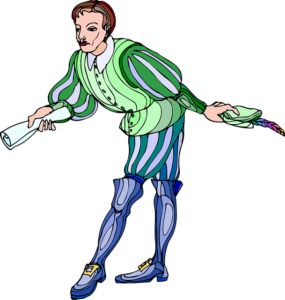 Richard C. Miller, Ph.D, founder of the iRest Yoga Nidra meditation protocol, has written, “Everything we experience is a portal that can bring us back home to our intrinsic wisdom, love, equanimity and contentment.” When we meet life on life’s terms—even doing so lovingly—every experience becomes a messenger that we can learn from. These messengers show up whenever we feel powerless, constrained, imperfect, or lacking in any way. They also show up as periods of ecstasy—and the laundry. When we catch the reactive messenger and allow it to share its message, we gain intrinsic satisfaction and wholeness.

Stoicism, Buddhism, and other philosophic traditions place the responsibility on the individual to act from a place of love and compassion. The Stoic sage faced with misfortune would be emotionally resilient, with “virtue” sufficient for happiness—thus bearing a “stoic calm.” For Buddhists, it’s coming to terms with the way things are, not imposing optimism and hopefulness on them.

Allowing everything to be exactly as it is from moment to moment allows peace and happiness to surface. With clarity and stability of mind and body we are then able to meet life on life’s terms with the most appropriate response.

Amor fati may be a bit stringent for most of us, but we can at least befriend its terms, learn from it, and move forward meaningfully.